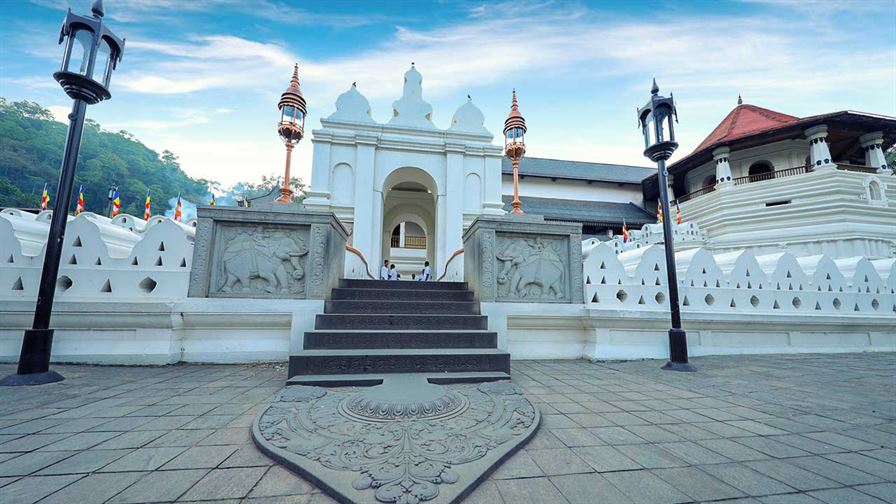 Mahawahalkada Upon entering on to the moonstone, the visitor is expected climb seven steps There s/he finds the Mahawahalkada or grand gate. According to Kandy architectural tradition, the devotee is expected to enter a religious premise through an arch-shape door. The structure in this case is roofed and spacious enough to accommodate door keepers. On […] 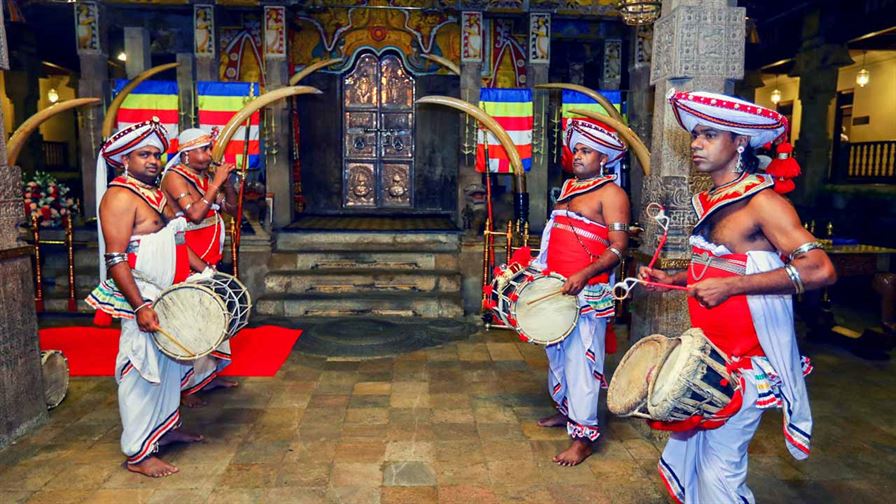 Drumming Hall Ambarawa leads to the special place called drumming hall where offerings of drum beat aremade the sacred Tooth relic during the daily Poojas. The hall is made of 20 stone pillars withbeautiful carvings. From here one can gain access to both the shrine room in the lower storeyand to the upper storey.   More […] 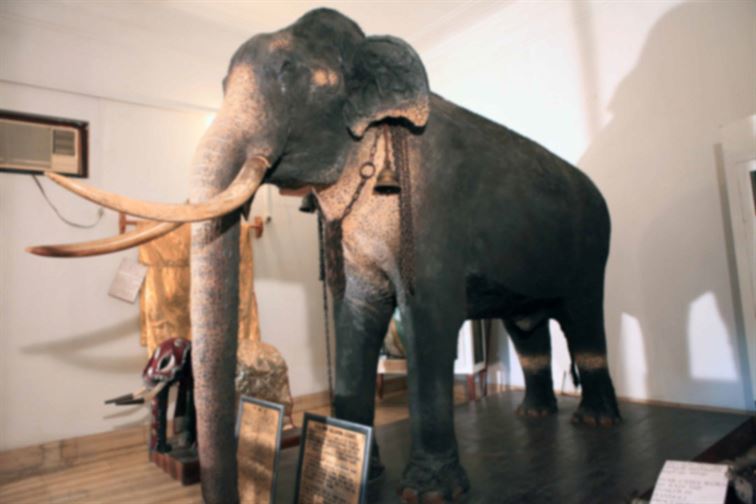 Museum of Raja Tusker The museum is confronted to visitor walking towardsKing’s palace. The tusker who piously carried thecasket of Sacred Tooth relic for about a half century is afirst rated national asset. The tusker having died onthe6th July 1988, was recreated for exhibition to futuregenerations following the cremation. One finds here allthe records on […] 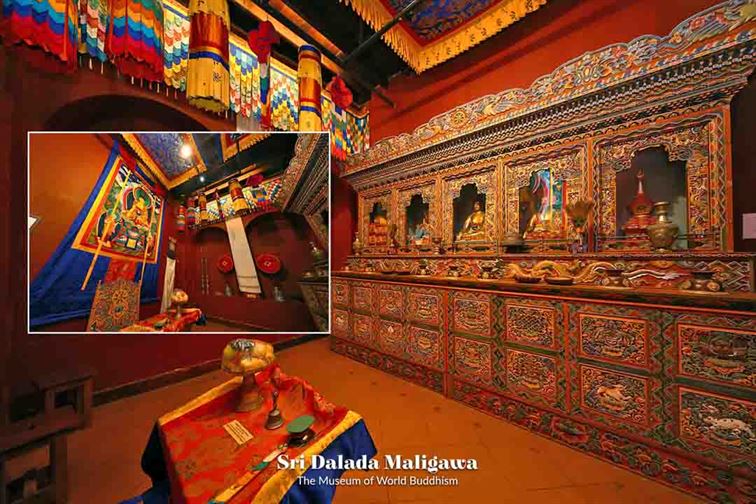 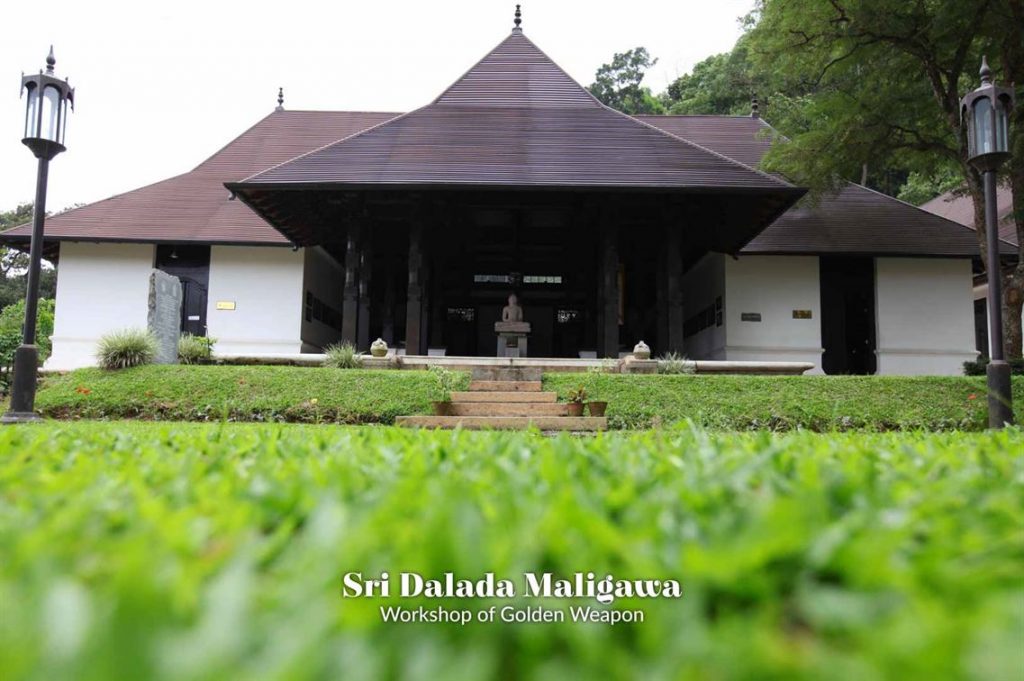 Workshop of Golden Weapon Once the Kingdom of Senkadagala properly established,the service of royal goldsmith was sought to manufacture King’s golden crown and golden weapons. The building constructed for this purpose on the left side of MagulMaduwa with all the Kandyan architectural features, is themanufacturing plant of golden weapon. This structure wasso important that several […] 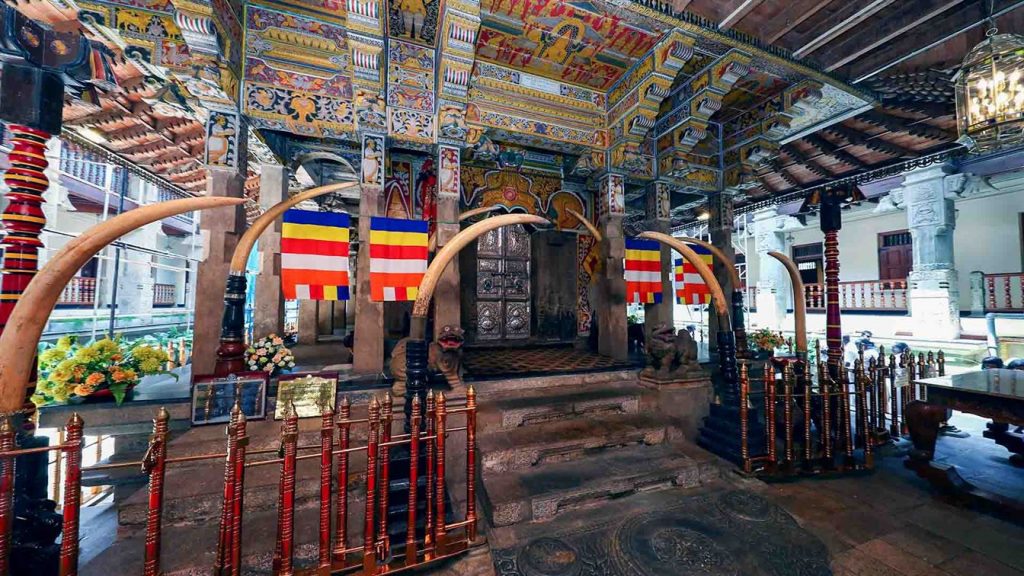 Patamalaya The lower floor where the tooth relic is placed, is knownas lower storey or The visitor finds in here 20 pillars, made of stone and beautified with carvings. Thereis also a stair case leading to upper storey from the lowerone. One passes the silver-carved prior to entering the upper storey. on either side of […] 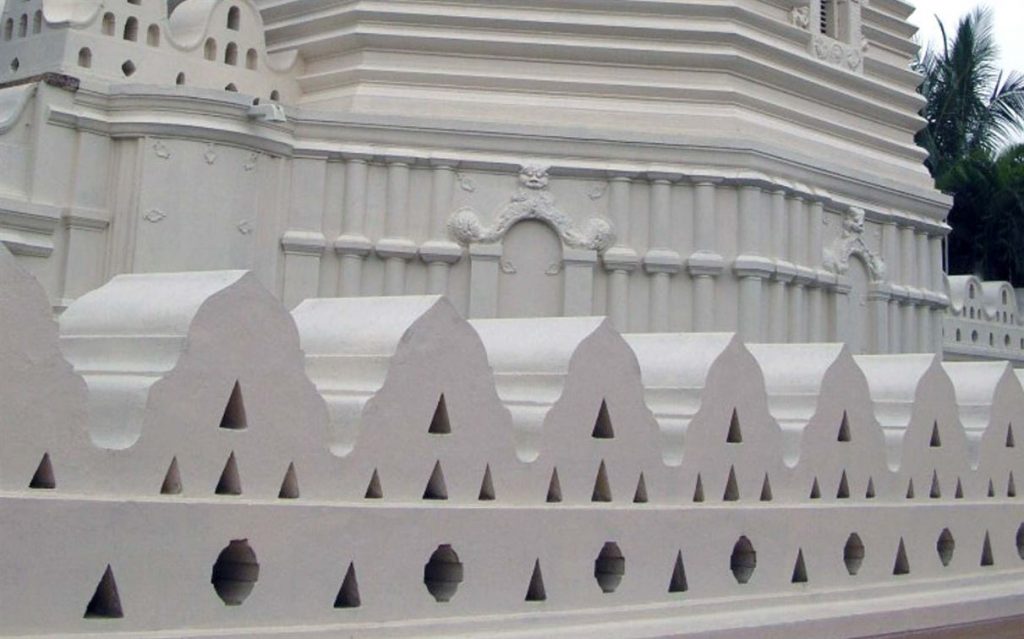 Cloud Wall The tall perimeter wall built around the moat is cloudshaped. In order to light small clay lamps on it, ventilationholes have been carved out of it. The wall is expected toprovide both the protection and the beauty to the sacredpalace. Meanwhile, the wall running around the Maligawavia Mahawahalkada has also taken the shape […] 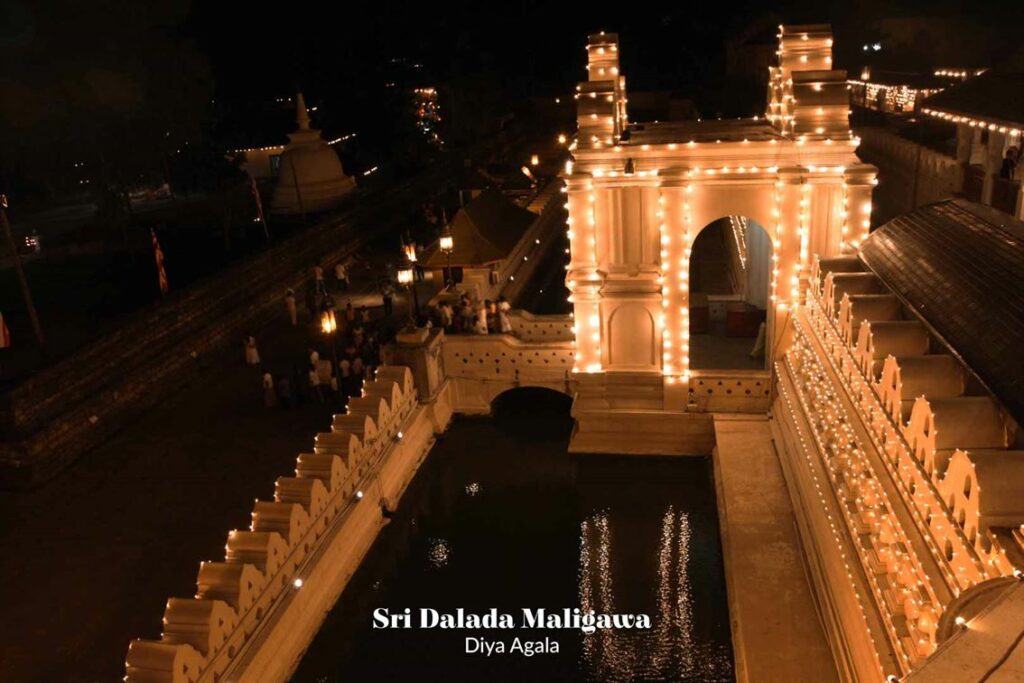 Diya Agala  Between the statues of elephant on either side of moon-stone and the Mahawahalkada isnarrow open strip. It is surrounded by a short perimeter wall. The moat here is a protectivemeasure for Dalada Maligawa. Rising out of the foundation of Pattirippu, the octagon shapedbuilding, the waters runs around the structure. The moat, fed originally […]

Temple Of The Tooth Museum 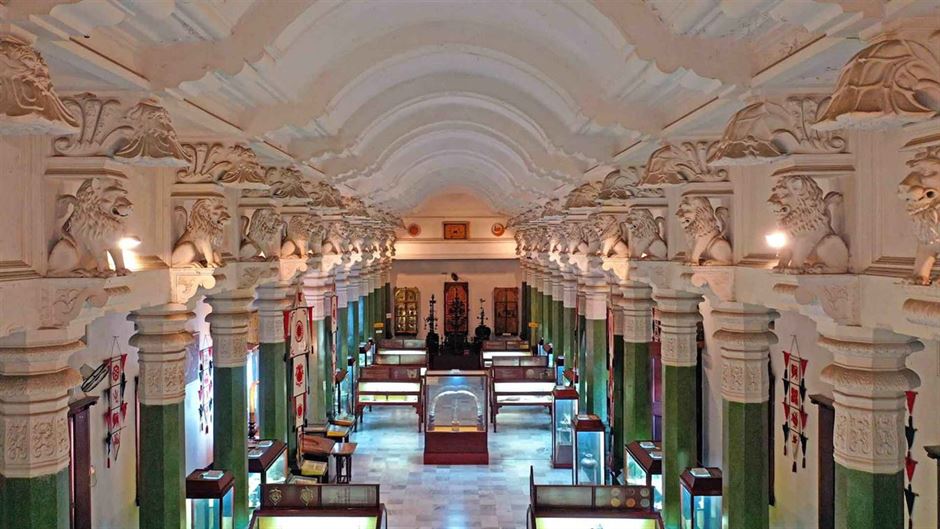 Temple Of The Tooth Museum The two upper storeys of this building have been recently organized into a museum exhibitingalmost all the donated to the Dalada Maligawa over the centuries. It includes an archival sectionof rare Ola manuscripts, topographical models, and Royal apparel, life size models of VikramaRajasinghe and his queen, busts of past Diyawadana […] 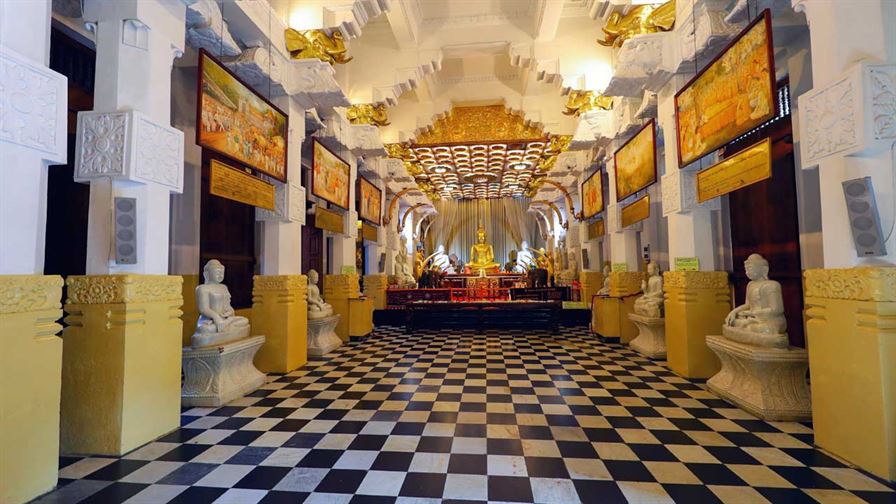