Security of the Temple of Tooth and Its Devotees

The public and Maha Sangha were wondering what sort of services and contributions are given
by the Temple of Tooth for the benefit of Buddha Dhamma and the protection of Buddhist
philosophy via safeguarding other Buddhist religious places, Maha Sangha and welfare of
Buddhists. It became an obligation to address these concerns and provide necessary actions. This
particular concern was discussed with the Maha Nayake Theros of Malwathu and Asigiri
chapters, and it was decided to launch several programs addressing those concerns.
Consequently, two departments were formed representing local Buddhist affairs and foreign
Buddhist affairs which were under the leadership of two experienced officers. These two
departments swiftly launched many projects 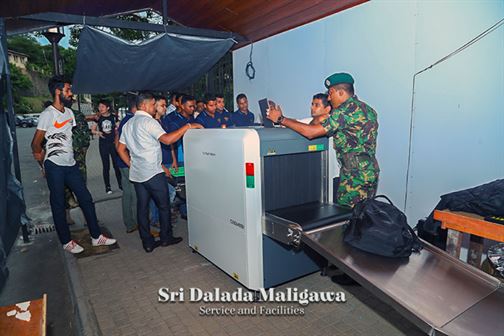