The Temple of the Sacred Tooth Relic is a world-renowned place of worship, where the left  tooth of Gautama Buddha is enshrined. The temple which is venerated by thousands of local & foreign devotees and tourists daily was named as a world heritage by UNESCO in 1988.

The temple which carries a lot of value to Buddhists all over the world also has immense cultural value. The architecture is of unique Kandyan architectural style with a combination of the unique style used to build “Dalada Mandira” the shrines which housed the Sacred Tooth Relic previously in other kingdoms.

The temple of the Sacred Tooth Relic is built in the city of Kandy near the ancient Royal Palace which is situated to the North of the temple and the forest reserve called “Udawaththa Kelaya” to the East. The famous Kandy Lake also known as “Kiri Muhuda” to the South and “Natha & Paththini Devala” on the West. The temple is adorned with intricate carvings using gold, silver, bronze and ivory. 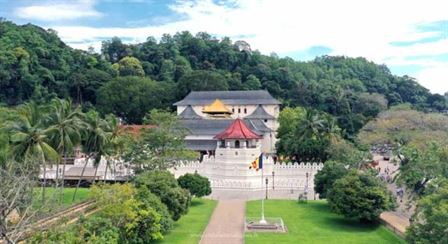 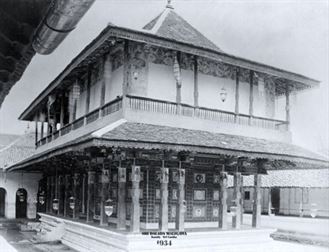 The Sacred city of Kandy is the final location of the Sacred Tooth Relic of Gautama Buddha. The Sacred relic was brought to Sri Lanka by Princess Hemamala & Prince Dantha from the city of Kalinga in ancient India, during the reign of King Keerthi Sri Meghavarna (Kithsirimevan 301 -328). It became a symbol of Sri Lankan kings and was preciously guarded in a special shrine built within the precincts of the royal palace, wherever the capital was located. The ruins of such edifices remain in ancient capitals of Anuradapura, Pollonnaruwa, Dambadeniya, Yapahuwa, Kurunegala, Kotte and Gampola. While in Kandy the last Kingdom the Temple of the Sacred Tooth Relic continues to be the greatest shrine to receive the utmost veneration of the Buddhist world.

The first “Dalada Madura” in Kandy, which housed the Sacred Tooth Relic was built by King Wimaladharmasuriya the first during his reign from year 1592 – 1604. History reveals that this was destroyed by the Portuguese during their invasions. The second temple was built in the same location by King Rajasinghe the Second during his reign from 1635 – 1687, which was burnt by the Dutch. The Dalada history says in year 1687 King Wimaladharmasuriya the Second built a 3 storeyed Dalada Madura and performed Dalada rituals with great devotion but with time the building was decayed and destroyed. Later his son King Sri Veera Parakrama Narendrasinghe who reigned from 1707 – 1739 built the 2 storeyed Dalada Madura which one can see today. The South Indian Kings who ruled the country from Senkadagala renovated and protected the shrine which was built by King Narendrasinghe.
The temple was finely renovated and beautified by King Keerthi Sri Rajasinghe to its present appearance. Paththirippuwa or the Octagonal Pavilion was constructed by King Sri Wickrama Rajasinghe who reigned from year 1798 – 1815.
Protecting of the Sacred Tooth Relic and conducting religious rituals without a break is being carried out to the present day under the strict surveillance of the three chief custodians of the Tooth Relic, the most Venerable Mahanayake theros of Malwatta and Asgiriya chapters and the lay custodian, the Diyawadana Nilame. 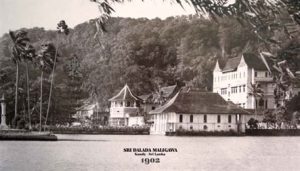 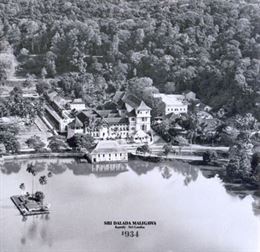